It is Oscar night, so it is once again time to (again, a bit belatedly) look back at last year.

The Dark Discussions podcast is going stronger than ever. We now have two spin-off podcasts, and thanks to the efforts of Philip Peron, we were invited as guests at the first Scare-A-Con New England, including being on a panel. That there was no audience was disappointing, but it was a thrill nonetheless.


We were also vendors at Scares That Care Charity Weekend 3, where I also hosted a panel on the 100th anniversary of Frankenstein (ably abetted by Elizabeth Katherine Gray and Patrick Lacey). The panel was well received, and it looks likely that I will host another for STCW4, but the most important thing is that with the aid of our listeners we raised $300 for families in need. I hope to do better this year. 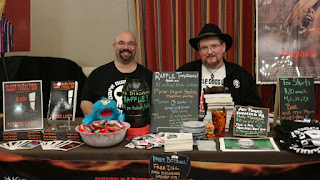 Horror had a decent year in theaters. There were disappointments such as Incarnate, but studios are much more interested in the successes of films like The Conjuring 2, The Shallows and Don't Breathe. While none of the films broke the top 20 at the year end box office, the low cost-low risk approach to horror films is appealing to the studios, who are looking for safer bets after big budget bombs like Ben Hur, Alice Through the Looking Glass and Gods of Egypt. 2017 is continuing this trend with hits like The Bye-Bye Man, Split, and now Get Out. Sadly, this is also discouraging investments in "big" budget horror, especially since the last two notable efforts - Crimson Peak ($60m) and A Cure for Wellness ($40m) - tanked. 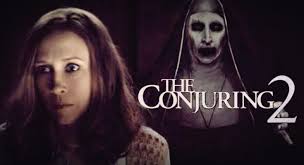 At this point, I am a bit overwhelmed with the amount of genre material on television and in theaters. It is impossible to keep up with it all while maintaining a day job. This past year added TV series such as Westworld, Colony, Humans, The Exorcist and The Expanse, while Game of Thrones, The Walking Dead, American Horror Story and others keep on going (sadly Penny Dreadful came to an end and Bates Motel will follow soon). Then in theaters there is the proliferation of comic book films - which is wonderful for a comic nerd like me - the return of franchises like Star Wars, Alien, and Blade Runner, and of course some original material like the Oscar nominated Arrival. It is good to be a geek.

For anyone interested in my full lists and other thoughts on the year, along with those of our co-hosts - please listen to Dark Discussions episode 267.


Favorite Film of 2016
Hard to call this year. A lot of films I really liked but not many I loved. I am going to let my John Goodman man-crush rule the day and say 10 Cloverfield Lane.

Best Horror Film 2016
The VVitch.  I wasn't as taken with this film at first, partly because it was so hard to understand the lead in the theaters. Rewatching it at home with sub-titles, I gained a greater appreciation, and reluctantly jumped on the bandwagon. I like 10 Cloverfield Lane more, but The VVitch is simply better crafted. Honorable mentions to The Invitation and Train to Busan.

Favorite SF Film
The Arrival. Another easy choice. Hope this gets studios to invest in more hard SF and not just the action romps. Honorable Mention: Midnight Special

Favorite Comic Book Film:
Deadpool. Also the most fun I had in theaters in 2016. Peel away the vulgarity and fourth wall breaking, and there is still a tight script and lots of inventive action. Honorable Mention: Captain America Civil War

Favorite Action Film:
Didn't see a straight forward action film this year. Everything had some genre tint to it. I guess I'll toss a bone to Rogue One here.

Favorite Comedy:
The Nice Guys. I love Shane Black, and while this doesn't work as well as Kiss, Kiss, Bang, Bang, it is a fun throwback to 70s noir. Runner Up: Keanu

Favorite Kids Film:
Zootopia. Great year for animation with Kubo and the Two Strings, Moana, and Finding Dory, but if you throw in Breaking Bad jokes, you'll win my heart. Runner up: The Jungle Book.


Favorite Zombie Film
Train to Busan, also the DDP consensus pick for top horror film. Ironically, we never devoted an episode to it. Runners up: Viral, What We Become

Favorite Vampire Film
The traditional monsters had a weak year (not a werewolf in sight), and Therapy for a Vampire is the only bloodsucker film I can recall. Decent film, but I thought they handled the vamps well.


Favorite Horror-Comedy
Freaks of Nature. Would have been buried by the horror-comedies of 2015, but it mostly had the field to itself this year. Still a good watch, loaded with fun cameos, most notably Keegan Michael Key as a vampire who is also a teacher at the end of his tether.

Favorite Slasher
Last Girl Standing. Runner up: The Windmill. Ask me tomorrow, and I could flip that.


Best Sequel:
Ouija: Origin of Evil. So much better than the original.


Hero of the Year
Maeve, Westworld

Most Likely To Become a Horror Icon
Blind Man, Don't Breathe. Runner up: Diana, Light's Out

Scariest Time in Theaters
Light's Out

Kill of the Year
Surfer #1, The Shallows

Quote of the Year
"Wouldst thou like to live deliciously?" - The VVitch
Runner up: "Vaginas are like coupon books for alcohol." - He Never Died

Career Resurgence
Ryan Reynolds. Hasn't carried a film since Green Lantern tanked, but Deadpool got made purely by his perseverance.

Career Launch
Anya Taylor-Joy. Came out of nowhere to deliver solid performances in The VVitch and Morgan, and is now killing it in Split.


Career Crash
Zach Snyder. I admit I am a fan, and I even enjoyed Batman v Superman, but there is no escaping the film's disappointing returns. WB already downgraded his role as overseer of the DCCU; if Wonder Woman and Justice League don't pass muster, he's done.