On Cliffhangers and the Walking Dead

Warning - this contains SPOILERS for Season 6 of The Walking Dead, seasons 5 and 6 of Game of Thrones,  as well as some decades old stuff you really should have seen by now.

In less than 24 hours we will finally know who Negan killed in "Last Day on Earth," the sixth season finale to The Walking Dead. Even in this era of spontaneous internet outrage, the response to this cliffhanger- at least online- was overwhelmingly negative; see for instance this Variety article. It even prompted the show runners to issue apologies . But why was this necessary? Why did so many react with such hostility to such a common practice? 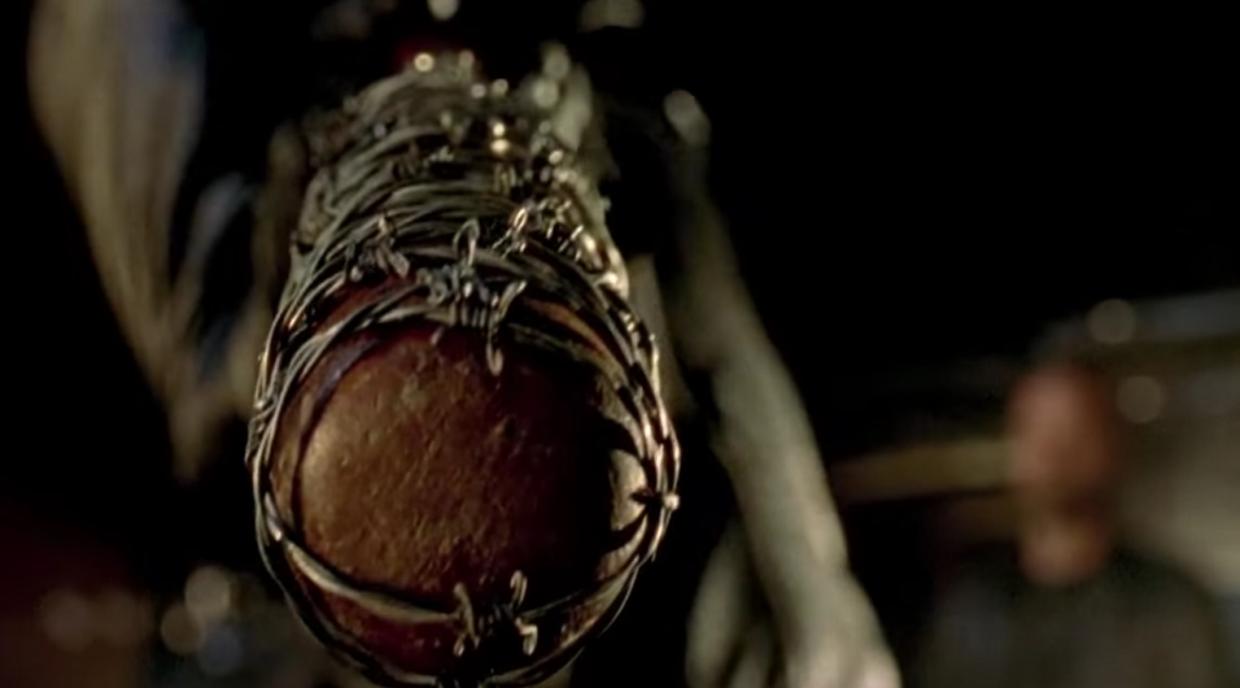 Part of it, I think, tied into the general dicking around they did with Glenn in the first half of the season. Glenn was seemingly killed in episode 6.3 ("Thank You"), only to reveal a month later (6.7 "Heads Up") that he was very much alive. By this point most of the audience had guessed he was coming back, and many were genuinely irritated with the stunt, and it seems to have undermined their trust in the show runners.

Ironically, it was the inability of the producers to lie to the audience that created the problem. On The Talking Dead, the chat show that airs immediately after TWD, they left Glenn of their weekly "In Memoriam" segment, and the producers even sent in a message assuring the audience that at least some part of Glenn survived. Had they really been trying to put one over on the audience, surely they would have played it straight, and made sure actor Steven Yeun put in a farewell appearence on Talking Dead. 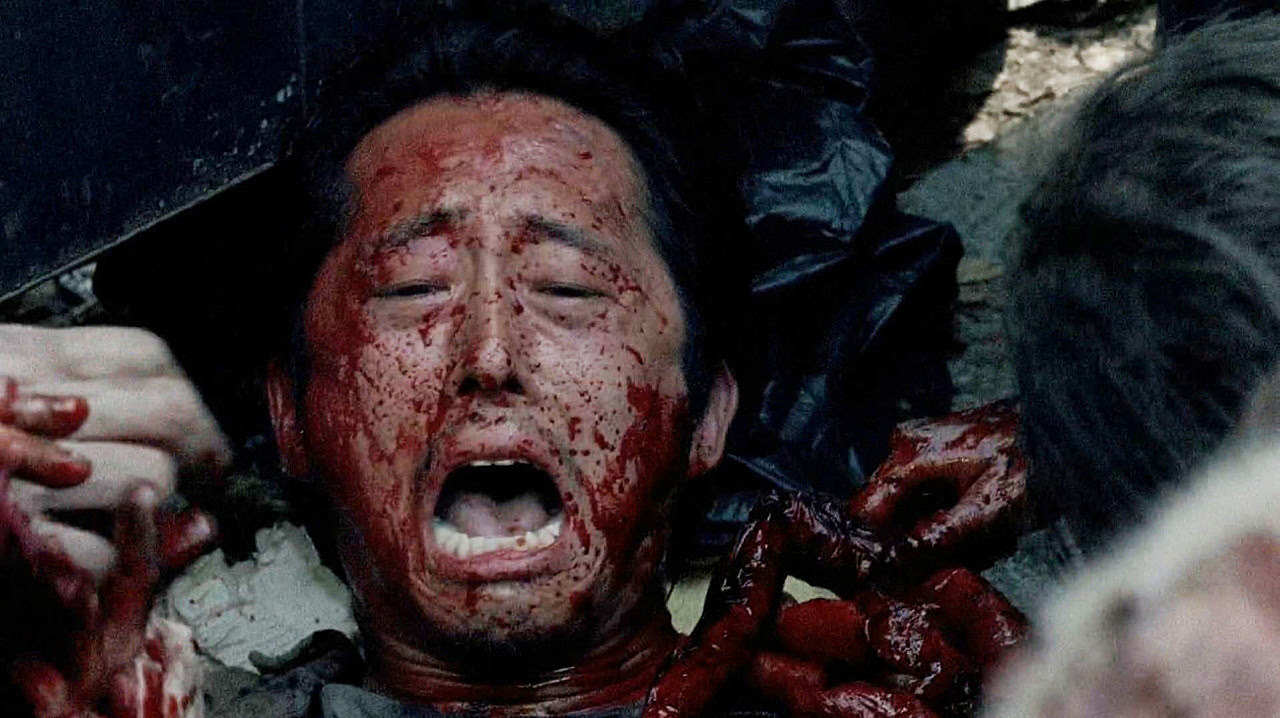 Nevertheless, the audience felt its chain being jerked, and while it had them hooked, they didn't like it. Thus following Negan's brutal bashing in of the cameraman in "Last Day on Earth," many even doubted whether anyone would be killed, or if they would even bother to reveal it in the first episode back, planning to string it out just as they had Glenn's death. Once again, the producers had to come out and assure fans that the death would be revealed first thing in season seven.

To be fair, not everyone was outraged - casual fans at work general lacked the ire of my fellow internet nerds. Though many were still frustrated, they weren't quite swearing off the series.

So my question was why did this cliffhanger get this response? What made it different? The Glenn stunt may have exacerbated the problem, but it didn't create it.

According to the interwebs, the term "cliffhanger" originated either with the 1873 Tom Hardy serialized novel A Pair of Blue Eyes, or with the early cinema serials such as The Perils of Pauline. Regardless, it referred to a situation in which our hero was left in an unresolved perilous situation at the end of a story. In modern times, the definition has broadened a bit to include almost any unresolved situation or shocking revelation.

In television, arguably the first season ending cliffhanger was the famous "A House Divided" episode of Dallas, which had viewers around the world asking "Who Shot JR?" The stunt paid off, with the eventual revelation drawing the then-largest viewing audience in television history - 83 million, well over 4 times the audience The Walking Dead  had in its latest season (approximately 18 million per episode). For nerd, the classic television cliffhanger is probably "The Best of Both World, Part I" of Star Trek: The Next Generation. This episode ended with Captain Picard captured, tortured and transformed into the Borg Locutus, facing down his stalwart first officer. Commander Riker gives the order to fire as the screen faded to black. In the years before widespread internet access, rumors were rampant that Patrick Stewart - then in contract negotiations - was being written out of the show. It remains one of the strongest episodes in Trek history, and kept us buzzing the entire summer. 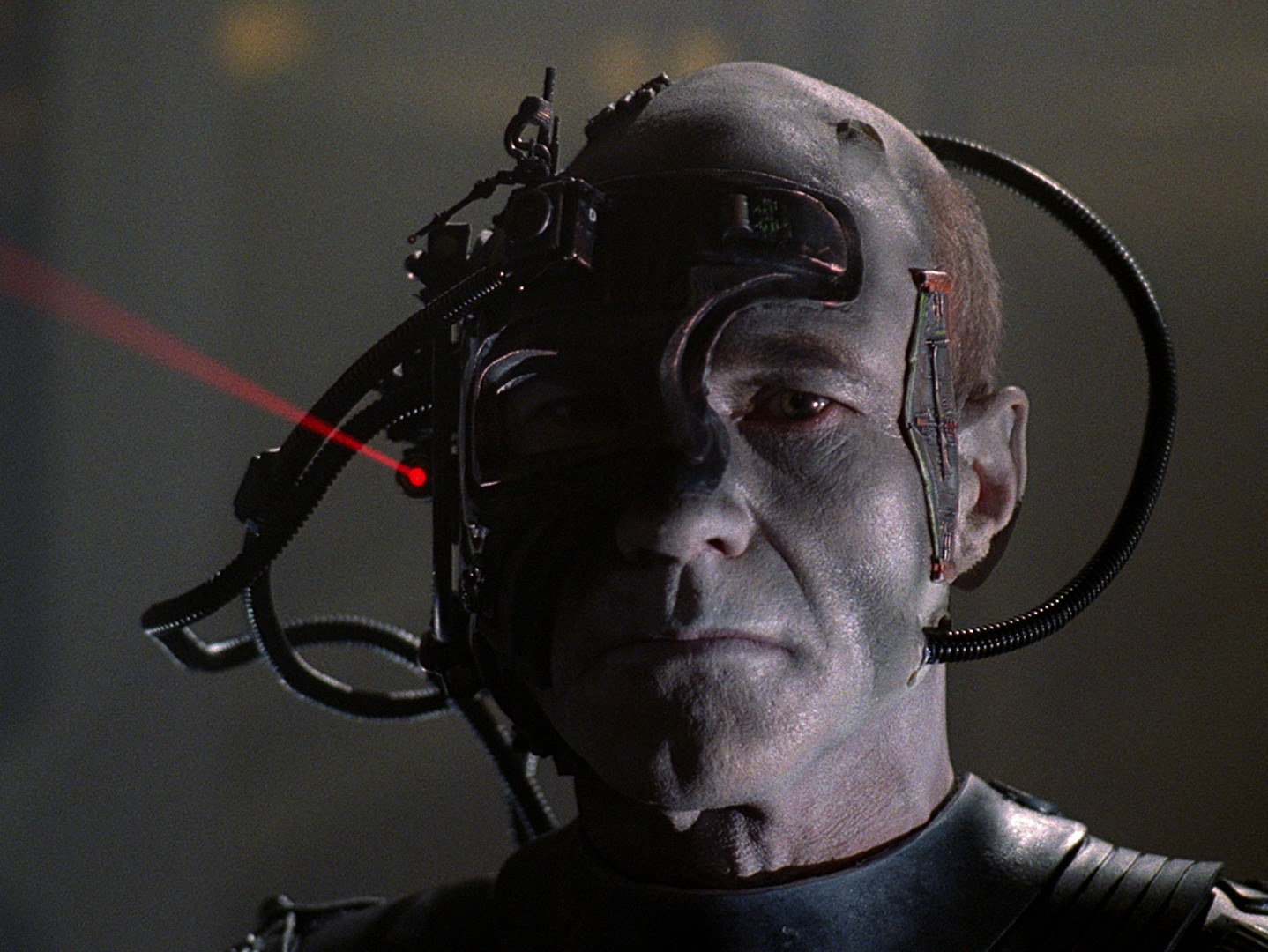 Of course the single biggest cliffhanger for my generation had to be at the end of The Empire Strikes Back. Not only was Han Solo left frozen in carbonite, but Darth Vader had dropped the daddy bomb on Luke Skywalker - and we had to sit on that for thirty-six months!

The cliffhanger has now become a television staple, to the point where it is almost expected with every season of half-season finale. Game of Thrones ended season 5 by killing (arguably) its lead character. Breaking Bad's mid-sixth season finale left Hank Schrader sitting on the crapper,  Heisenberg's secret in his hands. Even The Walking Dead has used it to great effect, most notably ending season 4 with almost the entire cast locked in a train car, waiting to be eaten by cannibals.

So what was the sin this time?

I think if you look at most of these cliffhangers, they actually end with some ray of light -either a hopeful resolution for the characters, or the potential for new storylines for fans to chew over.

Let's start with Dallas. The question on everyone's lips was "Who shot JR?", not "Will JR die?" We knew he wouldn't die. He was probably the most popular character on television at the time. In a night time soap focusing on the machinations of a Texas oil family, introducing a murder- sorry, attempted murder mystery sweetened the pot, and it gave every viewer his own theory to chew on.  It saved the life of its lead character, and found a way to further engage and involve the audience.

In the case of "The Best of Both Worlds," everyone left that episode alive. Star Trek had never killed off a lead character in a television episode before, and it would have been a big step. Most of us figured it wouldn't happen. But if it did... we again had possibilities to chew on. Either Picard died, or he did not, and we were happy gaming out either scenario.

For the Empire Strikes Back, before the credits rolled, they made damn sure to end telling us Han was alive and a rescue mission was underway. 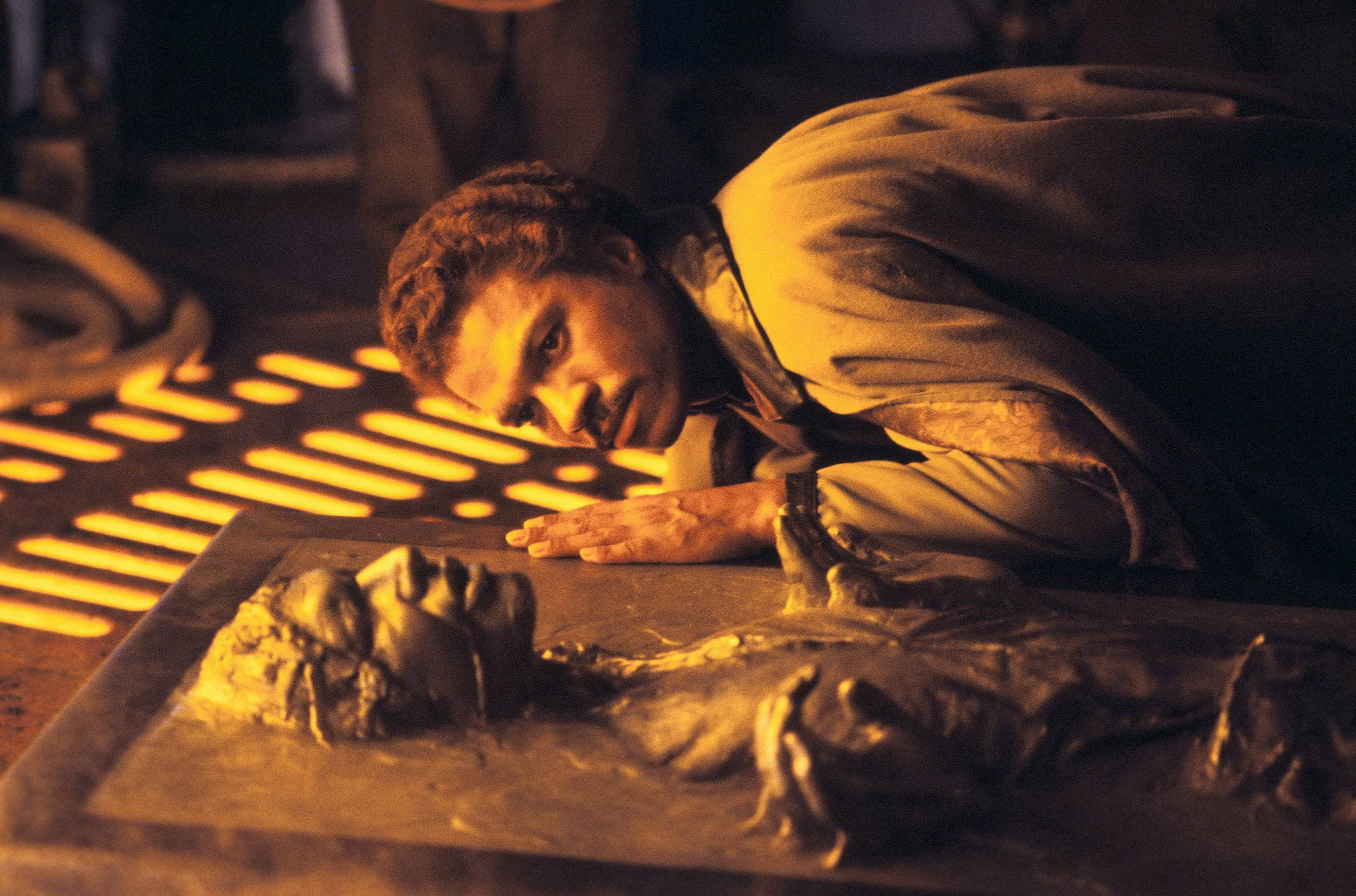 In Game of Thrones, we saw Jon Snow die, but we'd seen others die and be brought back, and Melissandre - the witch who had resurrected at least one other character on the show, had just arrived at Castle Black. As puzzles went it wasn't terribly hard to figure out.

The point is, the writers either tantalized the audience with new storytelling possibilities, or offered them some hope to move forward.

"Last Day on Earth" did neither.

What they did was murder a character off screen. Understand, this was a critical plot point in the comics. Readers knew it was coming, and those who weren't readers had generally been clued in. The only question was who. And it was a death that had been teased at least as far back as episode 1 of season 5, and the threat of Negan specifically had been hanging over our characters for the whole back half of the season. And just to be clear, we saw the bat, saw the swings, saw the blood. We know someone "took it like a champ." In essence, they cock teased the audience for 8 episodes, then cut away from the money shot. As Negan would say, "Not cool."

Had we seen the death, the audience would have experienced the trauma to completion. Had they held off and not shown the swing, there might have been some hope of escape. By taking the path they chose, they didn't leave them any hope, nor did could they grieve, process, and move on (as they had done many, many times before). The audience was left stuck in the moment, paralyzed by plot. There wasn't even a way to speculate on the coming season, because we couldn't be sure who lived (outside Rick and Carl).

Of course they did give us a question: Who died? That gimmick worked well for Dallas because the crisis was past, and there was a genuine mystery with clues (either real or imagined) to chew on. Here, we are forced to dwell on the possible death of a beloved character, which isn't fun for anyone, and they deliberately obfuscated the scene so there would be no deliberate hints for the audience to pick up on.

That said I don't think the show runners' intention was to piss off its audience. They clearly thought this would be a good, tantalizing way to end the season, and erred badly. But now, more than six months later, tempers have died down, and I see fans speculating wildly about tomorrow's - well, tonight's now - big reveal. I'll be very curious to see how the ratings are.

My money is on Eugene. Shouldn't have quit the hair game.