Honestly it is a little weird being on the other side of the con. That sunk in when I walked out into the lobby to get water and saw the line of people waiting to get in, and I wasn't one of them. 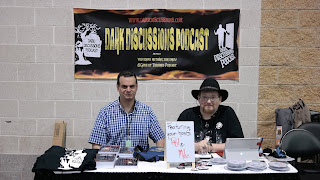 Pocasters and other media are settled in along one wall, and we're neighbors with the Dorkening podcast. Cool group of guys, and you should check them out if you're into anything nerdy. Looking at their set up gave me a case of tech envy.

This is the view from our table:

As you can tell it is a slow night, but that's no surprise given its Friday and the first time this con has been in this area. BTW picked up a couple of nice 8x10s fro Silver Bullet Studios, one of which I'll be sure to get signed at Scares That Care Weekend 3.

We weren't able to get the Frankenhooker podcast recorded, but Phil did manage to get Patty Mullen's autograph. He's also trying his best to help Vinegar Syndrome pay all their bills. He sat in on the podcasting panel, and convinced at least one audience member to try You Know Nothing Jon Snow.

On my end it was quiet, which let me do a bit of shopping, celebrity hunting, and socializing with our neighbors. Here's some awesome dudes from the Massachusetts Ghostbusters, who are raising money for a local children's hospital:

Nice thing about the slow night is there were no lines for the autographs, though some celebs were scarce. Ms. Barbeau got me a bit tongue tied. Grew up watching her films, notably The Fog, Creepshow, and Swamp Thing. She wasn't just beautiful, she always played strong, dynamic characters, for which I think she deserves more credit. 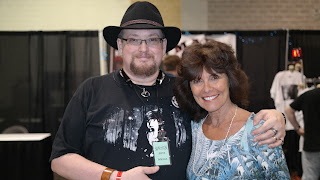 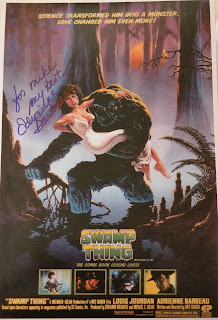 Also met PJ Soules of Carrie, Halloween, Stripes and The Devil's Rejects, who agreed to an interview Sunday, and Tom Atkins from Creepshow, Halloween III: Season of the Witch, Night of the Creeps, and Lethal Weapon. PJ donated a pic to be given away on the Dark Discussions Podcast, while Mr. Atkins regaled us with a rendition of the Silver Shamrock song. 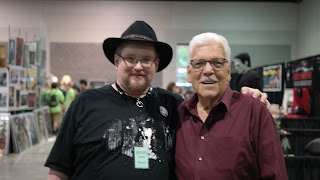 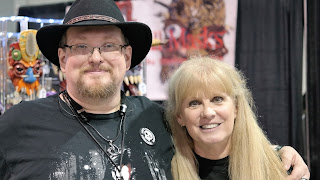 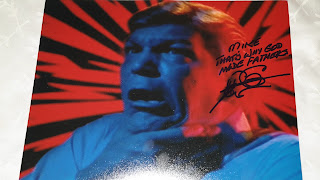 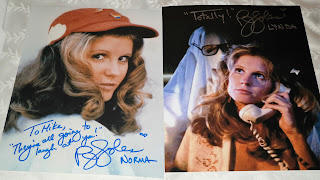 Lastly Six Flags was out in full force to promote this fall's Fright Fest. Kudos to the company for reaching out to fans, and for the actors for putting forth their best efforts despite a largely vacant hall. 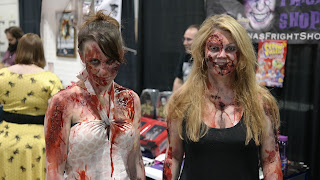 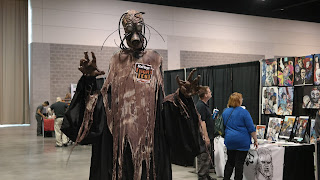 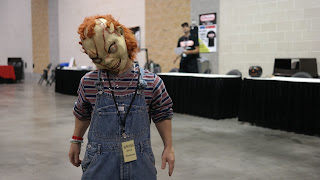 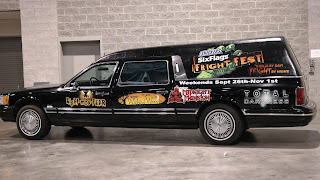 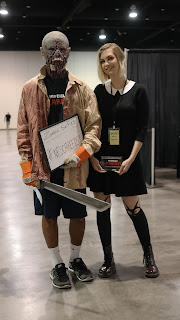