(This article can also be found at http://darkdiscussions.com) 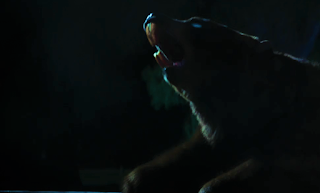 I love lists but I hate making them, so the end of every year brings about a mix of emotions. I love reading the best and worst lists others make as we go ‘round the bend, as it puts a target on those films I should check out (or avoid). On the other hand, I have to pull out my own top 20 list for the Dark Discussions podcast, an exercise that can be frustrating because in service to our two or three listeners, it is something I take seriously. Enjoyment of a film is a fluid thing, and assigning quantitative values to subjective qualitative opinions is a maddening exercise in futility. Just check out Eric Webster’s list (http://darkdiscussions.com/Pages/article_008.html) to see how wrong a person’s opinion can be.

I kid, of course - Eric is entitled to his opinion, and there is a good deal of overlap on our lists, so clearly he isn’t completely wrong.

I do differ with him in my assessment of horror for this year – I thought it was a very good year for horror, much better than the overwhelming mediocrity of 2014. By comparison, I saw 60-65 horror films in both 2014 and 2015. When it came time to make a top 20 in 2014, I had a hard time finding films after spot 11 (or so). For 2015, I had a list of 17 films, and at least a dozen more I wanted to squeeze into the last 3 slots – and this after ruling out Ex Machina, perhaps my favorite film of the year, for the horror category (other podcasts, such as Bloody Good Horror, made it eligible, but the Dark Discussions hosts agreed it belonged more in science fiction).

A lot of this had to do with the burst of quality horror-comedies released, a favored sub-genre of mine. I could easily have crafted a top 10 just from these films and felt good about those recommendations. It also helped that we had more horror films gain a theatrical release, whether major releases such as The Gift and Crimson Peak, or niche titles like Scouts Guide to the Zombie Apocalypse. While the failure of Crimson Peak at the box office makes it unlikely we’ll see a return to big budget titles any time soon, when you look at the success of The Gift, The Gallows, Goosebumps, The Visit, Krampus and others means that we should continue to get a decent flow of low to micro-budget horror in theaters for the foreseeable future.

That said, the real future of horror lies in the independent releases that won’t get within sniffing distance of a theater (whether they deserve to or not). 15 of my top 20 had no chance at a theatrical release, and it took a minor miracle to get It Follows onto a big screen. There is a huge amount horse crap that gets dumped onto streaming services, and sorting through the hundreds of annual entries would be overwhelming were it not for the online horror community. Podcasts such as Bloody Good Horror, The Last Horror Cast, and (of course) Dark Discussions, plus websites like Bloody Disgusting, Shock ‘Til You Drop, DreadCentral, iHorror, and ModernHorrors do a great job sorting the marrow from the viscera.

Which brings me to the lists. These lists are (I think) as I submitted them prior to our Year In Review episode (http://darkdiscussions.com/Pages/podcast_213.html) but I’m not committed to the order outside the top 4. Regardless, all of them are recommended no matter their ranking, and for the films that didn’t make the cut, come back for part 2 of this article in a couple of days.

Top 20 Horror Films
20. Deathgasm – Kiwi horror comedy channels heavy metal and Buffy to give us a solid dildo-smashing romp through the apocalypse.

19. A Christmas Horror Story – My favorite anthology of the year, this may be a lesser attempt to make a yuletide Trick ‘r Treat, but I found all but one segment effective, and the whole thing is hosted by a drunken William Shatner.

18. We Are Still Here – A winter’s haunted house tale that I was less enthused about than my cohosts (http://darkdiscussions.com/Pages/podcast_194.html), but there are some good scares and a wild ending unlike any I’ve seen in a ghost story before.

17. The Final Girls – Pleasantville meets Friday the 13th, this loving spoof of and tribute to 80s slasher films has both genuine laughs and a real heart.

16. Wyrmwood – Another genre mashup, this time Mad Max vs Zombies. The premise that zombies are the new gasoline is preposterous, but the whole thing is wonderfully madcap and should be avoided by those looking for logic. The premise ran out of gas a little bit before the credits rolled, but that’s not enough to overshadow the first hour+.

15. Cooties – I should have liked this more – teachers killing zombie kids is pretty much my dream film, but in hindsight, I don’t think the film was mean spirited enough to sate my blood thirst. That said, this is a solid cast clearly having a good time, and you’ll find plenty of laughs on their playground.

14. The Visit – M. Night returns. Not a homerun but a solid double. Most of his pretentious equine excrement gets left at the door to tell a simple, scary story, with one of the grosser moments in film this year.

13. Goodnight Mommy – At first I disliked the film, because the twist is both badly telegraphy, and at this point a hoary cliché. As the film progressed, I realized the director needs you to know the twist, else you won’t feel the full impact of the final act.

12. Blood Punch – Another horror-comedy from New Zealand starring Deathgasm’s Milo Cawthorne as a 20-something Walter White caught in his own Groundhog’s Day.

11.  Krampus – Michael Dougherty’s follow-up and spiritual successor to Trick ‘r Treat, this is a visual feast that should satisfy most fans of creature features and holiday horror. Covered in episode 212 (http://darkdiscussions.com/Pages/podcast_212.html).

10. The Gift – Joel Edgerton’s directorial debut would be right at home with the better suspense-thrillers of the 1990s. A solid showing in almost every way, this should lead to bigger things for Edgerton. Hear us unwrap the film in episode 198 (http://darkdiscussions.com/Pages/podcast_198.html).

8. The Hallow – Fungus fairies terrorize a couple in an Irish forest. Cabin in the woods stories are nothing new, but this is one of the better entries in the subgenre.

7. The Hidden – An apocalypse film starring True Blood’s Alexander Skarsgard. Focusing mostly on a family of three’s struggles to survive in a bomb shelter, the film works because of the strong performances of the three leads. The empathy they evoke raises the stakes when the shit hits the fan in the final act.

6. Crimson Peak – A throwback gothic ghost story, Crimson Peak offers nothing veteran fans haven’t seen before, but the film is so visually and thematically rich, and the central performances so enchanting, that I can forgive its lack of true scares. Listen to co-host Phil try to pretend he doesn’t hate the movie in episode 206 (http://darkdiscussions.com/Pages/podcast_206.html).

5. Zombeavers – An absurd premise gives a wonderfully absurd and clever film. Most call it stupid, but I think they confuse silly for stupid. At the very least, it deserves an Oscar for the closing song. Discussed in episode 180 (http://darkdiscussions.com/Pages/podcast_180.html)

4. Digging Up the Marrow – Adam Green’s love letters to monsters immediately clawed its way into my heart. A faux-documentary that exploits Green’s connections in the horror community, the real stars are Alex Pardee’s unique designs, which gave me a rare pants soiling scare near the end.

3. Creep – Proving that there is still life in the found footage genre, the title pretty much sums up the film. The less you know going in the better. Watch it, then listen to the podcast (http://darkdiscussions.com/Pages/podcast_195.html).

2. It Follows – The horror community’s consensus pick for best film of the year, it takes chances that rewards some viewers while frustrating others. Kudos for the way the director actively engages the viewer during the film, and crafting a thematically rich story. Strongly recommend checking out the critic commentary on the disc. Listen to Phil gush in episode 179 (http://darkdiscussions.com/Pages/podcast_179.html).

1. What We Do in the Shadows – Not just horror-comedy of the year, but he best comedy I’ve seen in many years. Spinal Tap meets vampires, in lesser hands this could have been painful, but instead we get a genre homage that is both heartwarming and sidesplitting. Genre fans will be quote-mining this film for years to come.

Top 10 Non-Horror Genre Films
10. Predestination – I’m loving Ethan Hawke’s genre work in recent years, and he shines here in an adaptation of a Heinlein’s time-travel puzzle box, “All You Zombies.” Travel back in time to hear episode 176 (http://darkdiscussions.com/Pages/podcast_176.html).

9. Ant-Man­ – A light year for comic book films, and with Fantastic Four DOA, and Age of Ultron disappointing, Ant-Man would be my comic book pick by default, but thankfully the film earns its place as one of the better Marvel films. Paul Rudd overcomes the naysayers to give us a fun, creative caper flick.

8. Circle – A small SF thought exercise, this feels so very much like an internet comment thread brought to life. See who we sided with in episode 209 (http://darkdiscussions.com/Pages/podcast_209.html).

7. Jurassic World – Not brilliant, but far and away better than the other Jurassic sequels. Had a blast seeing this in theaters, and I’ll be sure to revisit any film that feeds people to archosaurs. List to Eric complain about high heels in episode 189 (http://darkdiscussions.com/Pages/podcast_188.html) , and Kristi and myself flummox Phil with paleontology in episode 188 (http://darkdiscussions.com/Pages/podcast_188.html).

6. Kingsman: The Secret Service – The first 2015 spy film to beat Bond at his own game, Kingsman embraces the more fun of 60s spy films that the Craig films discarded, while still updating it for a 21st century audience.

5. Mission Impossible: Rogue Nation – And this is the second film, handily outperforming Spectre despite an eerily similar plot. It is amazing to me that this film franchise not only survives, but continues to improve, seemingly through Tom Cruise’s force of will.

4. The Martian – A film that will inspire a new generation of science nerds, it immediately endeared itself to science teachers everywhere. Ridley Scott’s best film in a long time. Found out why I was confounded by the opening in episode 208 (http://darkdiscussions.com/Pages/podcast_208.html).

3. Star Wars: The Force Awakens – Not fantastic, but better than good enough. For a first generation Star Wars devotee like myself, it did more than enough right to overshadow its shortcomings. Dark Discussions may be the only podcast not to devote an episode to it.

2. Mad Max Fury Road – All the praise is well deserved and for me played better the second time around. People complained about the lack of story, but it is there in between the crashes and explosions. You just have to look for it. Listen to us gush in episode 185 (http://darkdiscussions.com/Pages/podcast_185.html), or relive the original trilogy in 184 (http://darkdiscussions.com/Pages/podcast_184.html).

1. Ex Machina – A smart SF thriller, and probably closer to a future truth than I am comfortable with. Effects are more subtle than showy, but as effective as anything else this year. Brilliant script and award worthy performances all around, this is a close contender with What We Do in the Shadows for favorite film of the year. Hear effusive praise in episode 182 (http://darkdiscussions.com/Pages/podcast_182.html).