Where No Monster Has Gone Before

The internet, the final frontier. This is the Blog Hop of May Monster Madness. It's seven day mission, to seek out freaky beasts and weird mutations, to boldly go where no monster has gone before!

Guess what opens today? Guess who's a massive Trek nerd? Guess what today's MMM entry is? 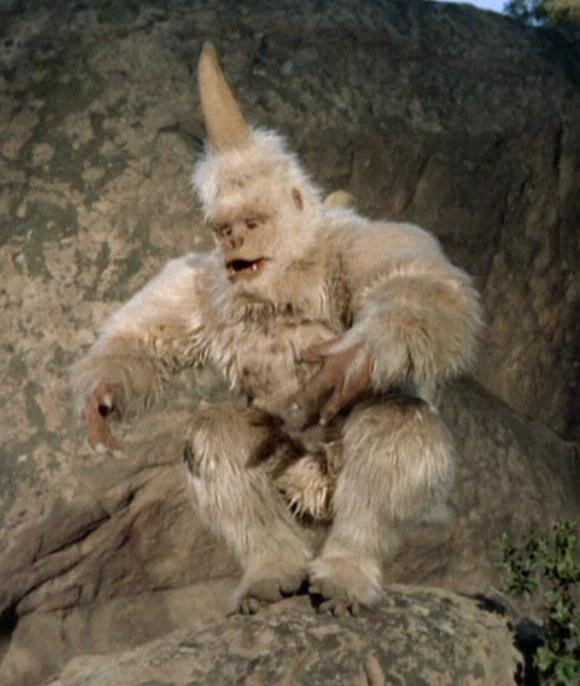 A large, venomous primate from the planet Neural. Contrary to popular belief, this is not simply an ape with horns - the art designers obviously worked in subtle and unique anatomical features.

Worf's childhood pet, targs are common domesticated animals from the Klingon homeworld Qo'noS. It does kinda look like a pig with horns...

8. Alien Unicorn from Star Trek V: The Final Frontier
When Shatner stepped up to the (not good but not as bad as believed) fifth Trek film, there was one thing you could be sure of: Horses. But Spock taking down a horse with a Vulcan Nerve Pinch? And not just any horse - a BLUE horse with.... horns. 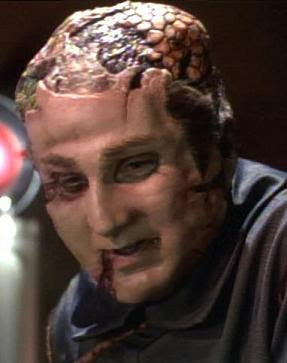 I tried to avoid tagging obvious humans-in-makeup alien races as monsters, but for the Vidiians I'll make an exception. A once great alien race brought low by "the phage", the species can only survive by harvesting the organs from other races. OK, that doesn't make much sense - a starfaring race with the technology to graft organs from species with totally different evolution histories into their bodies without risk of rejection or contamination and yet is unable to clone their own replacement organs just fails as a SF concept, but totally works as a creepy monster. 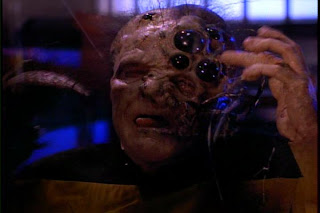 Weird and freaky and totally unlike anything you'd usually see on TNG. The whole episode (directed by Gates McFadden) is nicely atomospheric and crammed full of evolutionary throwback crewmen like Fish Troi and Jean-Lemur Picard. Sure the science sucked, but I enjoyed the results.

4. Gary Mitchell from "Where No Man Has Gone Before" (TNG) 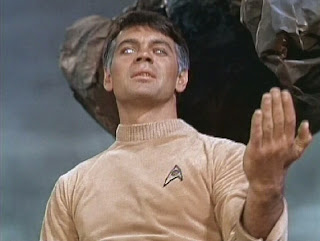 Another rule breaker, as I've not been using humans as monsters, but then Gary is a human with the power of a god. Hand ultimate power to a being that still has all the mental and emotional weaknesses of the human race? Bad idea, but one of the best episodes of the franchise.

A daring, ballsy episode that highlighted everything wrong with TNG's early seasons. The parasites were a last minute addition because the show runners refused to allow an actual difference of opinion to happen in Starfleet. So the parasites were invented, giving one of the goriest and most memorable scenes of the entire series, which they proceeded to pretend never happened because that "wasn't Trek." 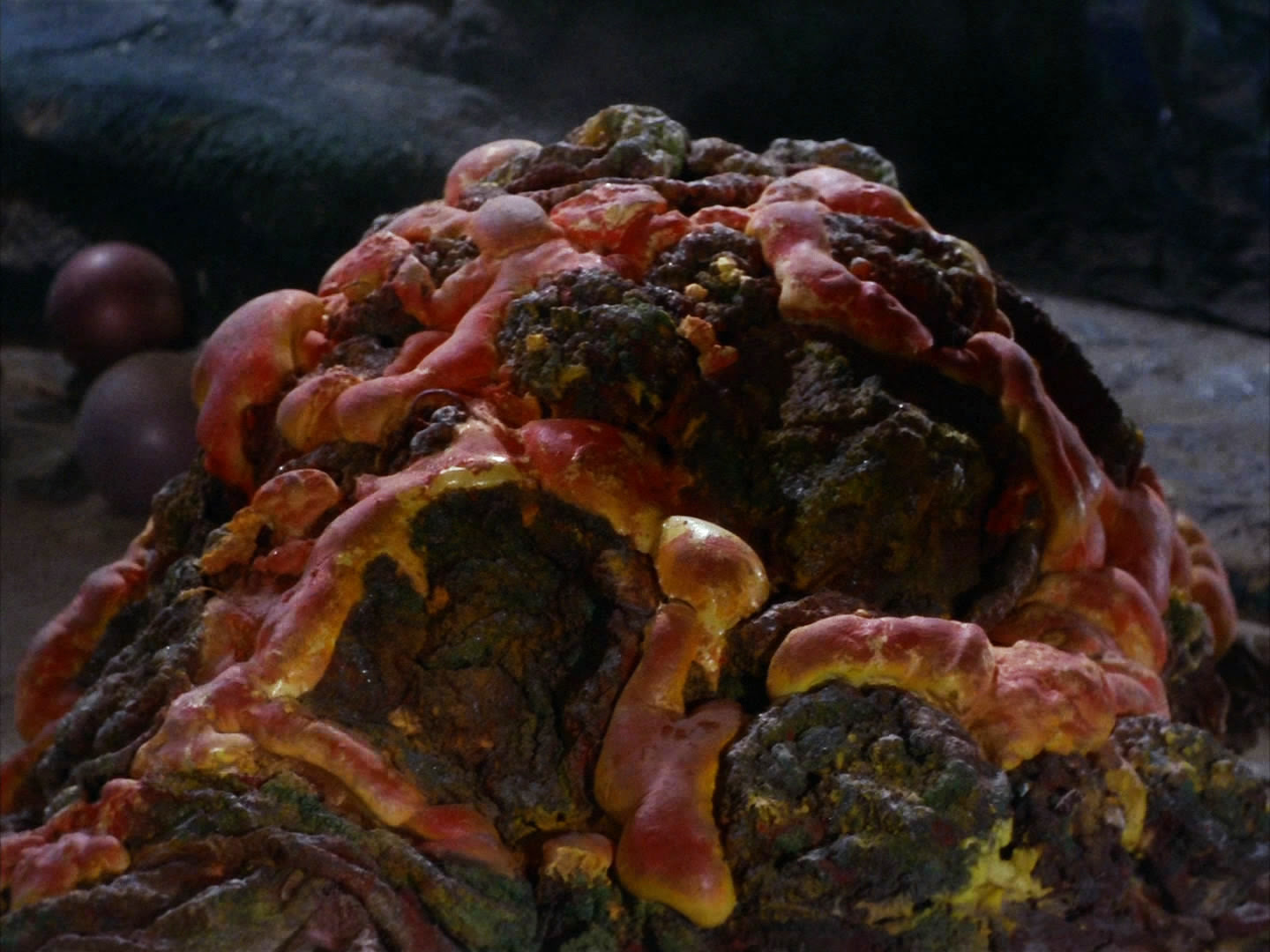 One of my all time favorite episodes. Kirk, Spock, coming to an understanding with a truly alien life form, one of the few that wasn't a man with a funny forehead.  This is Trek at its best.

And so is this. Same basic idea as "Devil in the Dark" - fight a monster, then learn not to kill each other. But this is Shatner at his Shatneriest. Flying kicks and a double fist back attack against a giant lizard monster while delivering Shatnerian play-by-play to his crew. The Gorn also made a noteworthy to one of the few memorable Enterprise episodes (In a Mirror Darkly)

So sad that there were no good "monsters" to take from my favorite Trek series (DS9), and that so many had to come from the original series. But then that willingness to embrace the cheese of rhino-puppies is what made the original series so damned fun. The "New Trek" era just took itself way too seriously. If ever they bring the Enterprise back to television, I hope they remember to pack the horns.

Note: I left off the Ceti-Eels because I used them in yesterday's post, and sticking with the Mogwai-are-too-cute-to-be-monsters rule, I had to leave out the tribbles, too.
Posted by Mister D at 1:14 AM