A bit late since it is Mother's Day, but here's my second entry to the May Monster Madness Blog Hop!

Since today IS Mother's Day, I thought I'd acknowlege some of the mothers that brought our monsters into this world. Note that this isn't necessarily mothers that ARE monsters (though they could be), but the mothers OF monsters. Also note that, for this week, I am sticking to a narrower definition of "monster" - namely things that are not human, so Mrs. Bates and Mrs. White aren't making the cut.

So without further ado...

#10. Pamela Voorhees, mother of Jason
It is debatable when Jason became a monster, but it is pretty clear Mrs. V was always a pretty poor mom. She sends her mentally and physically handicapped son to a summer camp that is pretty clearly deficient when it comes to watching their charges, and then, when her son falls in the lake, she decides to take revenge upon the neglectful counselors, as well as all those who follow in their footsteps. Pam was so busy having her revenge that she fails to notice Jason apparently survived his swim, and he spends the next decade or two wandering the woods and hanging out in the lake, waiting for mamma to pick him up. Which she doesn't, because she's upset about him being "dead". Her rash actions eventually lead Pam being decapitated by a sexually irresponsible teen, sending Jason into his own vengeful rampage and his eventual death (and resurrection, and death, and resurrection, etc). Pamela Vorhees has to be one of the worst mothers ever - I bet her cookies sucked too. 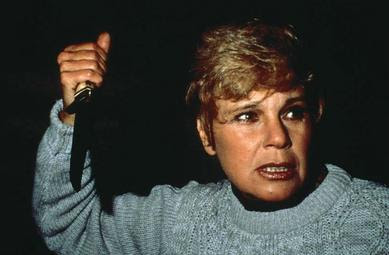 #9. Veronica Quaife , mother of Martin Brundle
I'm pretty sure Geena Davis wasn't getting any Mother's Day cards even if she had survived childbirth. Knocked up by genetic weirdo Seth Brundlefly (played by Jeff Goldblum, who was weird enough without the fly genes), she first tries to abort Eric Stoltz, and then she takes off before he can be born in the sequel! Talk about child abandonment. Fortunately Fly Jr. grows up to be a pretty ok dude despite the parental neglect.

#8. Gizmo, mother of Gremlins
Wait - wasn't Gizmo a guy? Who knows? Gizmo was a mogwai,  clearly gave birth to offspring in two different films, and at no point flashed us a penis. Clearly the gender lines are a little blurred here, and Gizmo itself was probably confused about its parental role given its own neglectful parenting style. Sorry, but when you birth not one but two gangs of fuzzy hooligans that grow up into hateful, murderous gremlins without once sending them to bed without supper, that's just bad parenting. #7. Rosemary Woodhouse, mother of Antichrist
Poor Rosemary. She only wanted a normal child. Instead she gave us the antichrist. Sucks for us, I guess. Too bad there was never a proper sequel (no, that didn't count). Kind of hard to judge her as a mom, given that the film ends right after the birth, but seeing how the world is still here, there's a good chance she raised him right, taught him to overcome his satanic legacy, and live a good, productive life. Or she strangled him in his crib. Could go either way. 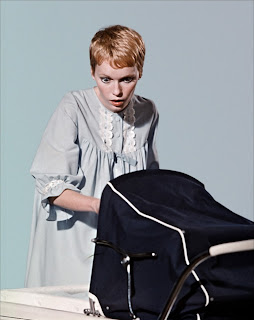 #6. Mothra, mother of Mothra (Mothras?)
On the one hand, Mothra is a motherly type, adopting and protecting everyone on her island, even the two pocket-sized singers who should literally be beneath her notice. On the other hand, she does try to destroy Tokyo.  On the third hand (she is an insect - lots of hands here), she later tries to save Tokyo from Godzilla. On the fourth hand, she fails and dies before her larvae are hatched. On the fifth hand, her larvae succeed in besting Godzilla, and later Ghidorah and a bunch of other kaiju (actually, I think that was just one of the larva - the other seems to disappear after beating old radiation breath). So while she wasn't there to raise her children, at least one of them manages to surpass mom's own fame and glory, so she must have done something right. 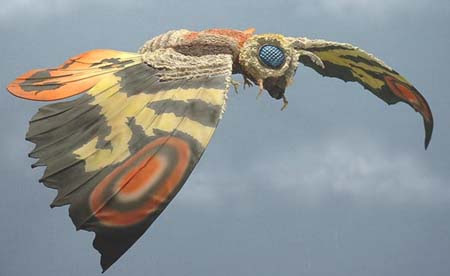 #5. Orga, mother of Gorgo
Sure mother and child were cheap Godzilla knock offs, but at least here the parentage is clear (who exactly did Big G **** to give us Minya?). Again we get a mom that's a bit careless when it comes to looking after her child - poor Gorgo is stolen by the Evil Brits and put on display - but when Orga finally shakes off that hangover, she beats a path of devastation through London to get him back. That has to count for something, right?

#4, #3. The Xenomorphs, mothers of each other
Due to their weird metagenetic reproductive cycle, the aliens (you know THE Aliens) have two types of mothers. First there's the Facehugger, who may be asexual, but she does lay an egg. And she doesn't lay them just anywhere, like so many monsters these days. She seeks out a nice, warm, nutritious body in which her spawn may grow. . Then there's the Alien Queen (still don't know how one of those comes about), who enlists all her asexual xenomorph brothers and/or sisters to protect her facehugger eggs, build them a shelter,and round up some hosts for her grandchildren. Sure the whole clan is murderous, but compared to those listed above, that makes these ladies look like Marion Ross.

#2. Audrey II, mother of Audrey III, IV, V....
Plant sex can be a bit of a fuzzy area, especially when it comes to carnivorous alien plants. But many plants are hermaphroditic, and Audrey II seems to sprout buds from flowers without a partner, so I have to take it she's the mom.  I think that outweighs being voiced by Levi Stubbs. And what a mother Audrey II is! Starting out in a back alley flower shop on skid row, she lies and manipulates herself and her brood to the top of the world. Or  at least she does in the original director's cut (out now on Blu-Ray). Good mothering can be subjective, but when your spawn rule the world, kinda hard to argue that you're not deserving of the World's Greatest mug. 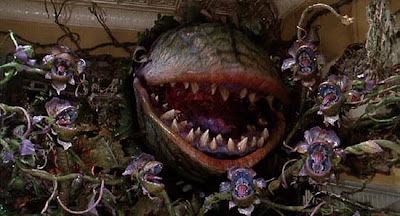 #1. The Horta, mother of the entire Horta race
Audrey II took over the world, but she was also a bit a of a bitch about how she did it. Now the Horta, well, she was a bit ugly, also the last of her kind, left alone on her planet to rear not just her eggs, but all the eggs of her species. Then some bastards in colored pajama tops starts killing them all, and she was left to defend them single handed (well, if she had hands). But she didn't just go on a mindless killing spree like some other mothers on this list. No, she reached out, communicated, and managed to reach a peaceful, mutually beneficial agreement (after a few... mishaps). Still got the run of her world, but she did it right.  Mother of the Year!

ADDENDUM:
Argh! I can't believe I forgot the most fantastic of them all -Vermithrax Pejorative! 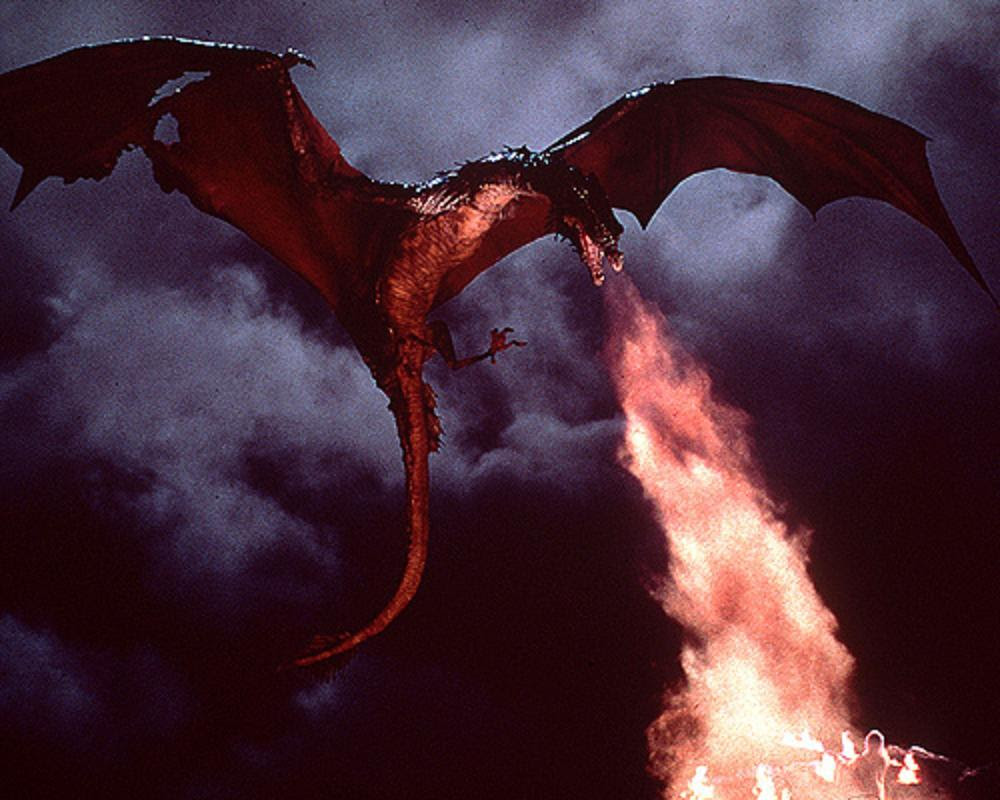