This is my entry for Day 6 of the May Monster Madness Blog Hop. Please visit the other blogs posted at the links below, and if you find any of this at all useful or entertaining, please let us know, and your friends as well.

The recent loss of Ray Harryhausen hurt. I was surprised at that. After all the man was old, and for a time, I hadn't even realized he was still alive, and he hadn't made a film in years. Yet when the news of his passing came, it was a punch to the gut. I guess I hadn't realized just how deep is my affection for the man and his work. Really, outside of Lucas and perhaps Stan Lee, there probably exists no other entertainer who so fully fired my imagination. So as my tribute to Ray, my undying thanks and affection for his art and his enthusiasm for the genre, I present my 9 (1 for each of Sinbad's voyages) favorite Harryhausen creations.


9. The Scorpions from Clash of the Titans 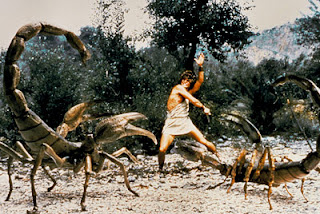 Why? Because they were giant scorpions, and scorpions are cool.  That's all the justification I need.

8. The Bees from Mysterious Island 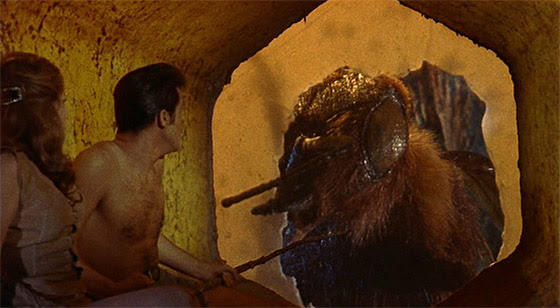 Not one of my favorite RH flicks, but one I've probably seen more than most thanks to its frequent airing on Ch 5 in NY. Of all its creatures, the bees always stuck out in my mind, which is weird because I don't like bees nearly as much as cephalopods. The scene of the characters being sealed into a honeycomb just struck a nerve.

7. Figurehead from The Golden Voyage of Sinbad 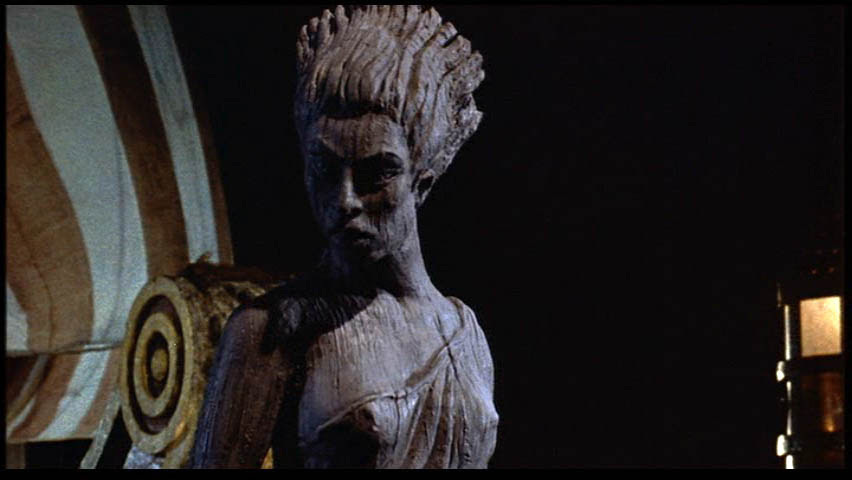 Most of RH's monsters are either mythological monsters or prehistoric beasts, with some giant bugs tossed in for variety. The Figurehead stands out for its originality - what a brilliant way to destroy Sinbad, by turning his own ship against him!


6. Allosaurus from One Million Years BC 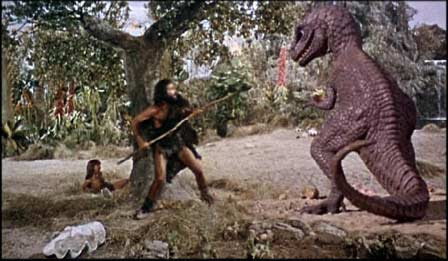 RH must have loved dinosaurs because he made so many of them. Weirdly, he made three different Allosaurus models that I know of, and not one of the more famous T-rex. What I like about this one is its size - big dinos like the Beast from 10,000 Fathoms or the T-rex from Jurassic Park are too big to take as a personal threat. Yes, you want to be out of their way, but its hard to believe they'd take notice. Here, the monster is nearly at eye level. The danger felt more intimate, and more real.


5. Minoton from Sinbad and the Eye of the Tiger 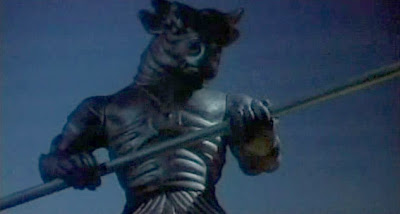 Strong and stoic, Minoton was really just a big body guard for Queen Zenobia, Disappointingly he  doesn't do much in the film - all style, no substance - but my fondness for minotaurs is unabiding.

4. Trog from Sinbad and the Eye of the Tiger 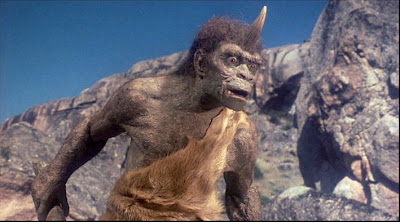 You'll note this list is heavy on Eye of the Tiger. It's a film I have an irrational affection for, as my father had obtained a... not quite legitimate copy of it and I watched it ad nauseum as a child.

3. Talos from Jason and the Argonauts

2. Prince Kassim from Sinbad and the Eye of the Tiger

A baboon with a human mind, Kassim is one of Harryhausen's most impressive works. You can fake a dragon or a griffon or a cyclops, but its hard to believably emulate a real animal.

1. Medusa from Clash of the Titans 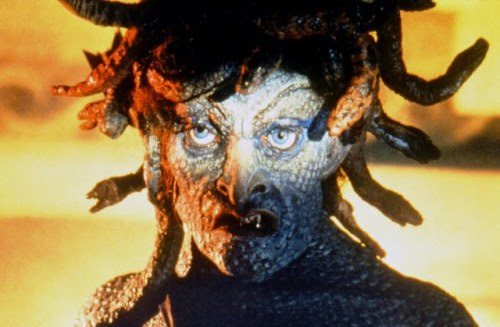 Could there be any other choice? Terrific monster design, perhaps RH's greatest piece of animation, a terrifically shot and suspenseful scene, and a classic monster from Greek myth. One of my favorite scenes from any film ever.


NOTE: Where's Joe? I know Mighty Joe Young was mostly done by RH, but Willis O'Brien also had a hand in the design. I wanted to limit the list to stuff that was 100% Ray.