This is my third entry for the May Monster Madness Blog Hop. Keep hopping those blogs if you want to win one of our fabulous prizes!

There are a ton of monster movies out there, but most serve up one monster at a time, two if we're lucky. Very few offer up the big heaping spoonful of abominations that we crave, and fewer still are any good. Here's my picks for the movies that do the best job delivering creatures great and small.

The one that really started it all, and still a rip roaring adventure tale. We get the big ape himself, and an island filled with dinosaurs bent on devouring the crew of the Venture. Even the big brontosaurus gobbles sailors like Traci Lords gobbles...no, forget that. There are at least three classic battles (Kong vs. Rex, Kong vs. Ptero, Kong vs Planes), and the monstery goodness is so good that they were able to leave some of the best bits on the cutting room floor (see Peter Jackson's wonderful efforts to recreate the lost Spider Pit scene below). Speaking of PJ, his remake may have been bloated, but it too was chock full of awesome monsters. 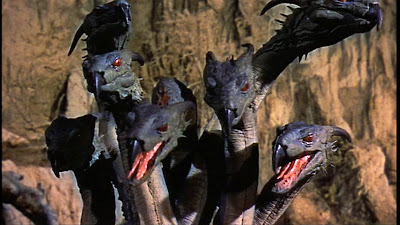 If you want monsters, Harryhausen will never steer you wrong. I decided to limit myself to just one of the Master's films, but really, if you want a monster menagerie, Ray Harryhausen's Sinbad and greek mythology films are always a joy. I pick Jason and the Argonauts because Harryhausen is really at the peak of his creative powers, and Talos, the Hydra, and the skeletal army are some of his very best work.

44 years before Marvel brought us The Avengers, Toho brought together its mega-stars in this kaiju free-for-all. Godzilla, Rodan, Mothra and Ghidorah are the headliners, but there's seven more monsters, plus alien invaders, that join in the fray. The plot is thin, but who cares?  Thankfully kaiju films have many similar get togethers to choose from, including Monster Zero and Godzilla: Final Wars (featuring a whopping 14 beasts, including the American reject).

There have been many attempts to bring the Universal Monsters together over the years. Most of the earliest efforts (House of Dracula, House of Frankenstein, Abbott and Costello meet Frankenstein, Van Helsing) , but to my knowledge this is the only one to get the Mummy and the Creature involved (wonder what the Phantom and Invisible Man need to do for an invite). Where most of the earlier efforts were attempts to wring every last drop from the franchise, this is a loving tribute to the pillars of the horror genre that has earned its cult following. 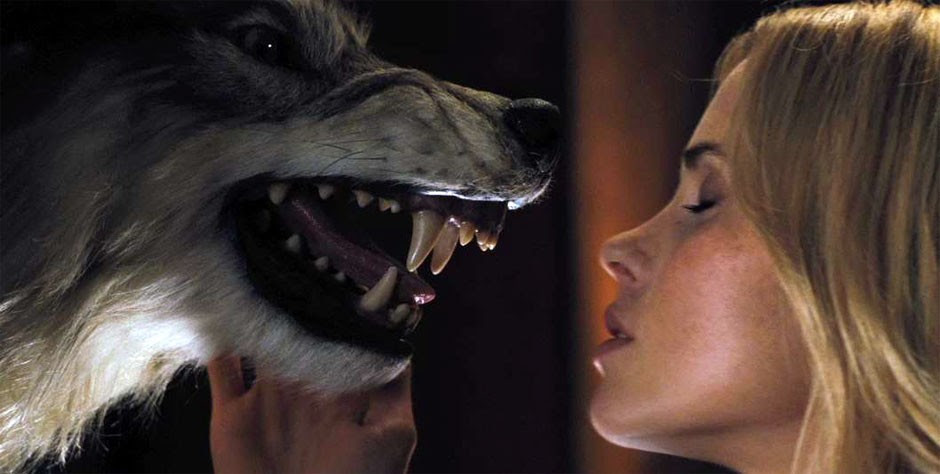 Joss Whedon's loving tribute to 80s horror, and scathing indictment of the Hollywood system. If you haven't seen it yet, please do so - it was just added to Netflix, and the DVD/BR is available everywhere. The advertising doesn't reveal it, but you will find numerous cameos by familiar-but-different-enough-to-satisfy-the-legal-department monsters before its all over.